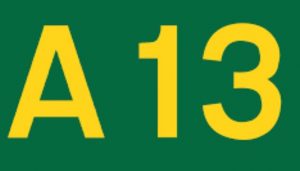 ESSEX Police are urgently appealing for witnesses and dash cam footage following a collision on the A13 yesterday, Saturday 14 March.

A Clio and what is believed to be a lorry were involved in the incident, which occurred on the London-bound carriageway, near to the turn-off for Grays, just after 10.20am.

The blue-and-white lorry failed to stop at the scene.

The driver of the Clio, a woman in her 60s, was taken to hospital with serious injuries.

Anyone with information about this incident, who witnessed the collision, or who has any dash cam footage is asked to call us on 101.