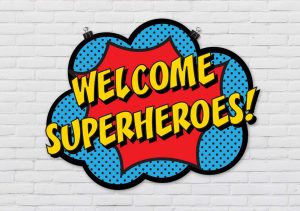 THURROCK’S Treetops School last week transformed into Hogwarts for Harry Potter week and now this week it’s time for the pupils to become their favourite superheroes.

Superhero Week started on Monday and the school have released a series of daily challenges with accompanying on their YouTube channel.

On Monday 4th May, the pupils were given the exciting task of making their very own masks:

Pupils were also asked to write about their favourite superhero:

Yesterday, Tuesday May 5, it was experiment time with a bottle of coke and some mentos:

It was also superhero Yoga week:

Outside of Superhero week, YourThurrock reported on Sunday how Treetops staff had reminded pupils to keep on shining during the lockdown with a special video.

On Wednesday (29 April), Treetops students were praised for their work they were doing to support the NHS and given some well wishes by some famous faces from the world of music and dance.