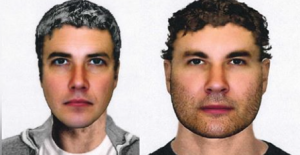 POLICE officers investigating an assault in South Ockendon earlier this year are releasing efits of two men they want to trace.

It was reported a man in his 30s had been assaulted by a group of people in Buckles Lane shortly before 4.20pm on 25 March.

He was left with a broken rib and needed seven stitches to a head.

Police need to trace the men pictured and speak to them in connection with the incident.

If you think you know who they are, where they are, or have any other information about the incident please call us on 101 quoting the crime reference number 42/46143/20 or Crimestoppers anonymously on 0800 555 111.