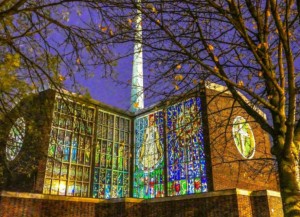 PLACES of worship will be allowed to open for private individual prayer under government plans to be announced next week reports the BBC.

These are not expected to include weddings of any size, or full services – which will come at a later date.

The prime minister is set to outline measures which will come into effect in England on 15 June.

Northern Ireland has already allowed private worship but Scotland and Wales have not yet done so.

Boris Johnson is expected to update his cabinet on the plans on Tuesday.

Ministers have been working with faith leaders on guidance for how places of worship can re-open safely with social distancing measures in place.

Individual churches, mosques, synagogues and temples will have to manage the number worshippers attending.

Downing Street says any changes are contingent on the government’s five tests for easing lockdown continuing to be met.

Faith leaders have called for churches, mosques, synagogues and temples to be allowed to reopen as other lockdown measures have been lifted.

Cardinal Vincent Nichols, the Archbishop of Westminster and the most senior Roman Catholic in England and Wales, thanked the government and said the move was the “first, measured step in restoring” church services.

He said it was important that “every care is taken to ensure that the guidance given for this limited opening is fully observed, not least by those entering our churches”.

But he added that “not every Catholic church will be open on 15 June”.

“Local decisions and provision have to lead this process,” he said.

A No 10 spokesperson said Mr Johnson recognised the importance of people being able to have space to “reflect and pray, to connect with their faith, and to be able to mourn for their loved ones” during the unprecedented time.

“We plan to open up places of worship for individual prayer in a safe, Covid-secure way that does not risk further transmission.”

Communities Secretary Robert Jenrick said ensuring places of worship could reopen was a priority as their “contribution to the common good of our country is clear”.

He said: “People of all faiths have shown enormous patience and forbearance, unable to mark Easter, Passover, Ramadan or Vaisakhi with friends and family in the traditional way.

“As we control the virus, we are now able to move forwards with a limited but important return to houses of worship.”
Places of worship have been closed for almost two months, and in some cases even longer, after closing their doors due to the coronavirus pandemic.

Mr Jenrick has warned that large gatherings will be difficult to manage for some time, particularly with the demographics in some religions and rituals such as singing which may lead to the virus. spreading more freely