By Staff Reporter on March 29, 2017   Business, Headlines, Port of Tilbury 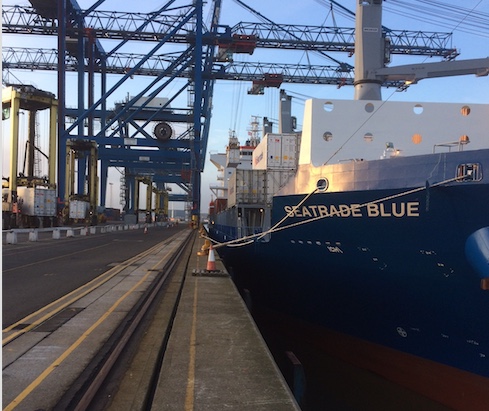 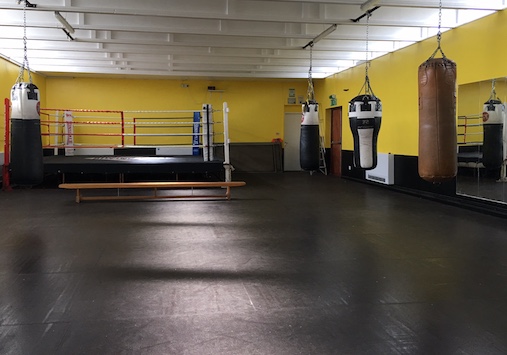 THE Port of Tilbury were so inspired by the dedication of the people that run Chadwell St Mary Boxing Club and the impact it is having on the local community, that making their decision

Port of Tilbury thank community at consultation for new port 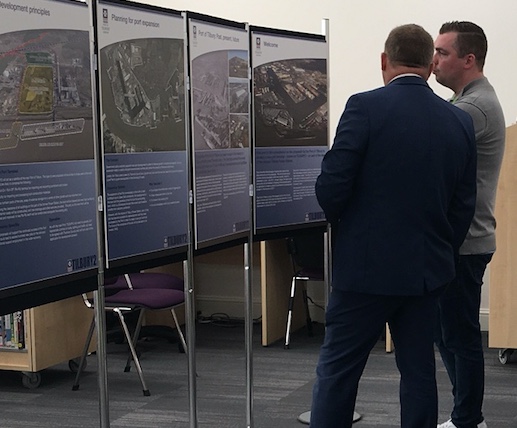 THE Port of Tilbury, London’s major port, has completed its preliminary community consultation events this month which sought views on its proposals to build a new port terminal adjacent to the current port. 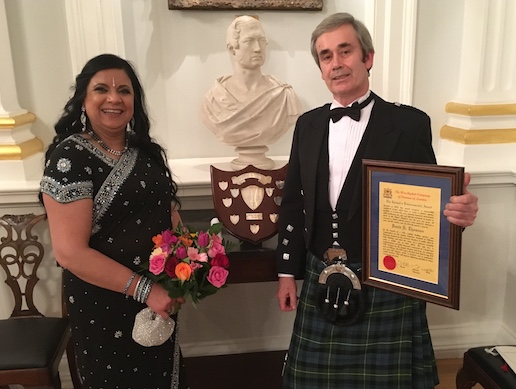 FORTH Ports’ David Thomson has been presented with the prestigious Worshipful Company of Carmen’s Environmental Award. The award was presented to David at the annual awards dinner this week which recognises significant achievements, contributions and innovation of individuals, companies and the armed forces.

By Staff Reporter on February 16, 2017   Business, Headlines, Port of Tilbury 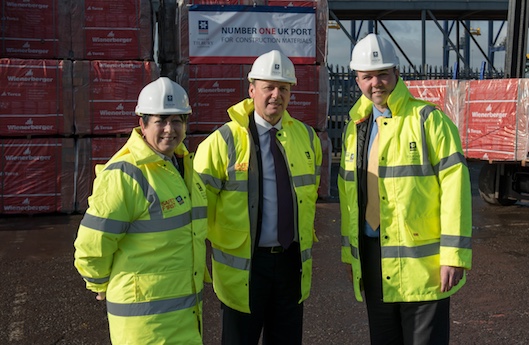 THE Port of Tilbury, London’s major port, welcomed the Minister of State for Housing, Gavin Barwell MP, to the port today (16 February) to see the impacts of the significant investment programme, including two major extensions to the port estate to accommodate projected business growth.

By Staff Reporter on December 1, 2016   Communities, Lifestyle, Port of Tilbury 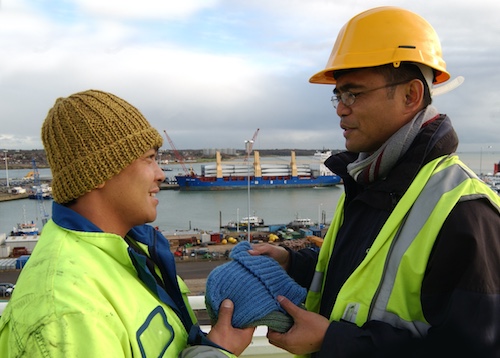 By Staff Reporter on November 24, 2016   Business, Lifestyle, Port of Tilbury 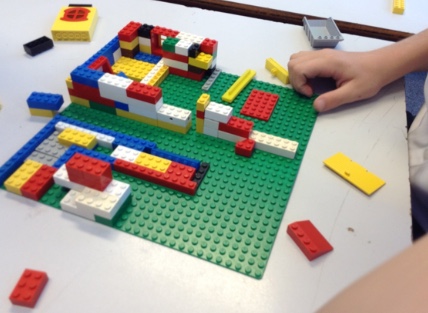 EMR, the metal recycling company with a yard at The Port of Tilbury, is pleased to be funding an innovative project in three primary schools within the Gateway Learning Community Trust [GLC], allowing children to develop a wide range of skills through the interaction with LEGO. The BuildToExpress method uses specialized LEGO sets and is […] 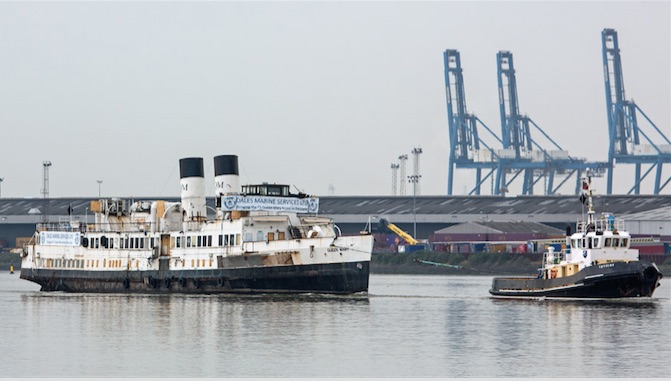 Port of Tilbury boss to stand down

By peterg on September 9, 2016   Business, Headlines, Port of Tilbury

LEADER of the Council, Cllr Rob Gledhill spoke this week after hearing the news that Port of Tilbury Chief, Perry Glading would be moving on 31 March next year.

Author praises work of Seafarers ahead of Sea Sunday

BRITISH author and maritime industry commentator Rose George has lauded the role of seafarers’ charity Apostleship of the Sea (AoS) and praised seafarers for the work they do ahead of the annual Sea Sunday celebrations on July 13. George who wrote the book “Deepsea and Foreign Going: Inside Shipping, the Invisible Industry that Brings You 90% of Everything” says Sea Sunday is a great opportunity to publicly appreciate the work of seafarers and the vital work they do.

PORT of Tilbury’s London Container Terminal (LCT) welcomes the CMA CGM Group’s FEMEX service this month. Starting the weekly call on the 9th July with the arrival of the Santa Bettina, the service will call at the London port as part of the North Europe, Mediterranean trade route.

SEAFARERS’ charity Apostleship of the Sea (AoS) has launched a maritime emergency fund which aims to provide fast and modest cash grants to seafarers in difficulties. The dedicated fund is designed to respond to emergency financial or welfare requests from seafarers or their families in less than 24 hours, taking the immediate pressure off a stressful situation.

THE weekend opened with a rousing performance from Tilbury Brass Band on Saturday morning, followed by performances from the Jacqui Couves School of Dance and a local gospel choir. On Sunday morning, the Tilbury Majorettes performed whilst welcoming visitors to the Cruise Terminal and Thurrock Golden Voices sang a medley of war-themed songs. Visitors got involved with flag-waving and singing along, making it a real highlight of the weekend.

THE Port of Tilbury, supported by the PLA, is hosting an Open Weekend at the London Cruise Terminal on Saturday 14th and Sunday 15th June 2014. This is an opportunity for the general public to view the PLA Memorial tablets in the centenary year of the Great War and other memorabilia on display, together with an exhibition of archive maps of the area loaned to us by Essex Record Office.

A HEALTH and safety working group was set up at the Port of Tilbury in 2011 with the aim to invigorate the ports’ ‘Safety First’ campaign. Both Kevin and Ian embraced the project with real passion and commitment and worked to engage those on the frontline of the operational environment, by giving the workforce greater ownership over health and safety initiatives.

LDP is the largest industrial development site closest to the M25 and the completion of the infrastructure works, which includes a new entrance road, drainage system, reservation of utilities and landscaping, now allows the building phase of the high quality distribution facilities to get underway.

Apostleship caring for seafarers in Tilbury this easter

WOJCIECH Holub, Apostleship of the Sea’s port chaplain for Tilbury and Thames is aware that for seafarers any festive period is much like any other working day – the only difference being that their separation from family and friends and from their faith can be even more difficult to bear than usual.

THE LCT team completed the work in 22 hours, which was two hours ahead of the planned scheduled departure, at a gross productivity rate of 26 moves per hour. We look forward to further calls in the coming months.”

By Staff Reporter on December 23, 2013   Communities, Port of Tilbury

THE PORT of Tilbury have invested £250,000 into restoring a historical landmark, which features prominently on the Thames skyline. The cupola, the ornate dome structure which can be seen atop the London Cruise Terminal at Tilbury, has been in situ since 1929 and has recently been taken down in order to perform essential restoration work.

LAST week, crew shot scenes on a Samskip Innovator ship as well as from the port’s railway station. Port of Tilbury chief executive, Perry Glading said: “The Port is a popular location for film shoots and we were particularly excited to welcome the cast and crew of the new Paddington movie this week to the cruise terminal.

By Staff Reporter on December 5, 2013   Business, Headlines, Port of Tilbury

SPANISH potatoes arrived in Tilbury this week on board the OPDR Cadiz for the UK Christmas market. This is the inaugural call of OPDR’s weekly Bilbao service which is calling a London Container Terminal in Tilbury.

By Staff Reporter on November 21, 2013   Business, Communities, Port of Tilbury

LONDON Container Terminal in Tilbury announced today (21 November) an agreement with short-sea shipping and logistics specialists Oldenburg-Portugiesische Dampfschiffs-Rhederei (OPDR) to handle over 200 calls per annum for OPDR services on their routes between the Iberian Peninsula including the Canary Islands, North Africa and the UK. OPDR will call at LCT from week 49 starting […]

By Staff Reporter on November 2, 2013   Headlines, Port of Tilbury

THE MV Koutalianos became the largest ever cargo vessel to call the UK’s Port of Tilbury last week. Collecting 50,000 tonnes of barley destined for Saudi Arabia, the shipment was part of a contract Tilbury has with Glencore Grain UK Ltd. Weighing in at 93,000 tonnes and measuring 230 metres in length, the size of two football pitches laid end-to-end, the arrival of the post-Panamax sized MV Koutalianos required careful planning to ensure her safe arrival into the port.