Arrests after disturbance on Aveley By-Pass.

POLICE are appealing for witnesses to an incident on the Aveley Bypass at around 4.30pm on Saturday, June 10, following which two men were arrested on a public order offence.

An altercation is believed to have taken place on the Aveley Bypass between the occupants of two vehicles – a silver Mercedes and blue BMW – which were also in collision.

Prior to the collision and altercation on the Aveley Bypass, both vehicles had been seen by witnesses in nearby Tamar Drive at around 4.20pm.

Following their arrival at the Aveley Bypass, officers arrested two men – believed to be the driver and passenger of the Mercedes –on suspicion of affray. They remain in custody.

The driver of the BMW made off from the scene on foot.

At least one of the occupants of the car was reported by witnesses to have been carrying a large knife. No weapon has been recovered.

The Aveley Bypass between Romford Road and Park Lane was closed for a number of hours while forensic examination and recovery of the BMW and Mercedes took place.

Searches of the area were conducted and enquiries continue.

This is being treated as a public order incident.

Anyone with information or who saw the incident is asked to contact Grays CID on 101 or Crimestoppers anonymously on 0800 555 111.

ESSEX Police are currently at the scene of an ongoing incident in Aveley.

This began at around 4.30pm this afternoon (Saturday, June 10) with reports of a disturbance, during which weapons were seen.

Officers have since detained two men on public order offences and they remain in custody.

There will be an increased police presence as further searches of the area are conducted this evening.

There is no ongoing risk to the public and updates on the incident will be provided in due course.

People in Aveley are thanked for their co-operation and patience.

The incident is not terrorism related.

Anyone with information should call Essex Police on 101.

“Police are at scene of #Aveley incident. This is not terrorism related & there is no immediate danger to public. Updates as soon as possible” 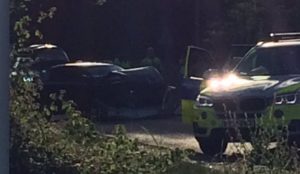 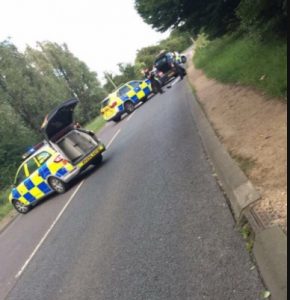 FYI..No further information at present. As readers can appreciate, best to deal in facts etc.

Put call into Essex Police and responding etc is their call. 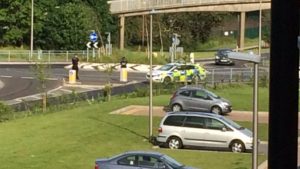 THERE are a number of reports of an incident in Aveley.

YT understands there are travel restrictions on the Aveley by-pass.

We understand the police helicopter is in the area.

YT has contacted Essex Police and am awaiting response.