Threat to ban newspapers set be debated at Thurrock Council 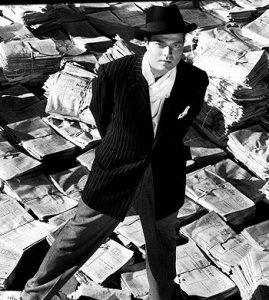 A Thurrock Council bid to say who can report on it and what the media can write about it has been referred back to full council.

The council’s proposed communications strategy went before the Conservative cabinet in March, and was quickly “called in” for re-examination by the then chair of Corporate Overview and Scrutiny John Kent.

However national local elections – although there were none in Thurrock – and the General Election where John Kent stood as the Labour candidate, meant discussion of the proposal was delayed until Thursday.

The controversial parts of the strategy were three paragraphs in a detailed document that had, for the most part, been praised for its vision and aspiration.

1. Only members of approved press regulators could sit on the press bench. Other news organisations may sit in the public gallery.
2. The council should be given a right of reply in stories that “concern” them
3. Newspapers whose stories fail to reflect the council’s position may see themselves effectively “banned”.

Cllr Kent said: “While we all accept the need for a communications strategy, what was being proposed went far too far, effectively giving the council free rein to refuse standard press facilities at meetings, or even refusing to accept questions from parts of the media they do not like.

“Not only an attempt to gag the press and media, but a short-sighted and counter-productive one too.”

He added: “In my view any attempt to refuse proper access to media that aren’t members of a specific recognised regulatory body is totally unreasonable.

“It could include national titles such as the Financial Times, the Guardian and – locally – the Enquirer.

“The council officers – and presumably senior administration members who nodded this through – were seeking to get official sanction to take action against media or journalists who run stories which don’t properly reflect the council’s view.

“I understand the frustration, but that’s the problem with a free press, it’s free to write what it wants.

“This is both wrong and dangerous as well as against government guidance and I am glad the cross-party committee agreed with me and now all councillors will have a chance to look closely at the policy.”

Conservative councillor, Ben Maney said: “I think there may be a case for severing ties with a newspaper that is a persistently misrepresents the council.

UKIP councillor Jack Duffin was more direct: “I think this council needs to suck it up. The newspapers are not the PR wing of the council. They are here to scrutinise.

“There have been stories written about UKIP that I am not happy but..tough.

“Secondly, it seems to me that the council can dish it out but cannot take it. I have had a whole host of inquiries that have not received replies.

The Portfolio holder for Communications, cllr Shane Hebb was present at the meeting. He appeared to agree that changes may need to be made but did not seem to be conceding to restricting use of the press bench.

The committee agreed (split decision) for the matter to go forward to a council meeting where all 49 councillors have a chance to debate the issue.