Ten years of the Royal Opera House working in Thurrock 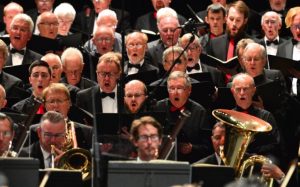 THE ROYAL OPERA House (ROH) is set to celebrate its tenth year in
Thurrock.

Since Your Thurrock launched in September 2008, we have enjoyed a
fruitful partnership, publishing over 200 news items that chronicle the
work of the ROH.

So we thought we would look at some of the filmed news items we have
made over the decade, which pay testament to the ROH’s work in Thurrock.

You can see all our films on this youtube channel..https://www.youtube.com/playlist?list=PLKFMQfgDwMsdsfM-Mp6YCFf6P_8hx61nz

Here is a workshop with Thurrock students that the ROH put on at the
Thameside Theatre in Grays in Oct 2009.

The then Chief Executive of the ROH, Tony Hall (now Lord Hall) was very keen
on coming to Thurrock and seeing for himself, the partnership work being
undertaken. Here he is touring the borough in November
2009

Students were and are given the opportunity to go up to the Royal Opera
House in Covent Garden and work in collaboration with artists. Here we
have students from Belhus Chase (now Ormiston Park Academy) visiting in
July 2009.

If you wanted to get your message out to the good people of Grays then
one of the best platforms was the weekend long arts celebration called
T-Fest. Here is the ROH there in July 2010.

One of the most popular events at the High House Production Park in
Purfleet, is the BP Big Screen where productions at the ROH
Covent Garden are beamed live to Purfleet. Again, it was great to
interview Tony Hall as he also enjoyed proceedings.

We cannot begin to praise highly enough the work of the ROH Thurrock
Community Chorus. We have published countless news item chronicling
their work. Here they are in Covent Garden in October
2011.

The original opera Ludd and Isis was premiered at the Royal Opera
Production Workshop in December 2010. It was a very
proud night for Thurrock and perhaps crystallised the relationship
between ROH and Thurrock.

In July 2012, the Duke of Kent visited the Royal Opera House
workshops in Purfleet to see for himself the work and specifically, the
partnership work that the ROH had been undertaking in Thurrock.

One of the most fascinating aspects of ROH work has been their
collaborations. In the summer of 2013, they were part
of a project called A Common Territory (ACT). We went to the High House
to find out more.

The apprenticeships scheme at ROH Thurrock has been a fantastic
success. The Thurrock apprentices, to a man and a woman, always have
something about them. Here are just two of the apprentices we have
interviewed over the years.

In 2014, Fused did what it said on the tin. It brought
together traditional and modern music to create a vibrant new form.

The new ROH Costume Centre was opened in 2015 by Communities Secretary, Greg
Clark. It was another proud and significant day for the High House
Production Park and for Thurrock.

The ROH Thurrock Trailblazer programme has been blazing a trail in Thurrock, creating
great opportunities for Thurrock pupils. In 2017, we spoke to the
Head of Learning and Participation for the ROH in Thurrock, Gabirelle Forster-Still about
the scheme.