Driver found five times over the limit in Aveley 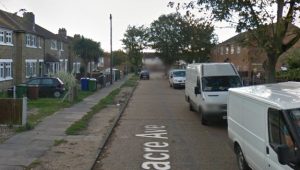 A warrant that been issued for the arrest of a driver found to be five times over the limit in Aveley.

Vytas Stankevicius, aged 47, of The Rookery, Little Thurrock was charged with the following.

On 16/09/2017 at South Ockendon, you were in charge of a motor vehicle, namely a Black BMW series, on a road, namely Dacre Crescent, South Ockendon after consuming so much alcohol that the proportion of it in your breath, namely 153 microgrammes of alcohol in 100 millilitres of breath, exceeded the prescribed limit.

Court forms indicate that Stankevicius did not answer bail when required to and so a warrant for his arrest has been issued.