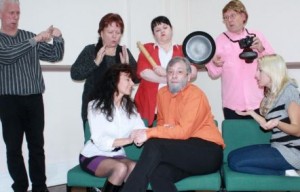 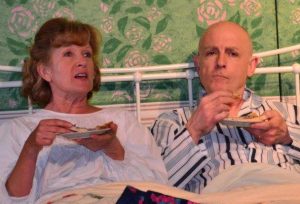 THURROCK Courts Players have been nominated for three awards for their performances in 2017. NODA (National Operatic and Dramatic Association) present awards for five categories of performance and the only categories where Courts do not feature are Musicals and Youth Theatre.

They have been nominated for Best Panto and Best Technical for their Adult Panto, The Only Way Is Dick and The Best Drama for One Man Two Guvnors.

The winners will be announced at the annual Awards lunch ( a mini Oscars ceremony) which will be on Sunday 13th May 2018 in St Ives, Cambridgeshire.

The Players have won awards for several years but have never before been nominated three times in one year.

Courts are hoping to enter One Man Two Guvnors in drama festivals in the middle of 2018 and possibly one performance at the Thameside Theatre, Grays for those who missed it and those who want to see it again.

Luke Coldham, currently appearing as the Dame in the Thameside Panto has written another Adult Panto for Courts. Rubbin Hood will be on stage from 7th to 10th February. Meanwhile, he will be taking the cast of The Only Way Is Dick to the Towngate Theatre, Basildon for seven hilarious performances from 24th to 28th January.