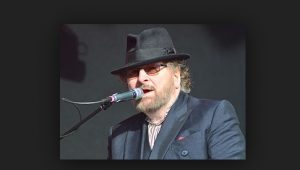 IN 2006, this reporter went down to the Thameside Theatre to review Chas “n” Dave. To be honest, we admit that I might have gone down with a bit if a sniffy attitude.

Two hours later, I returned home, full of praise for them but in particular, Chas Hodges.

Earlier that year I had been on a driving holiday in the southern states. I had visited the Preservation Hall in New Orleans and enjoyed traditional jazz. I had also been in Beale Street in Memphis and revelled in the Blues but the piano playing of Chas Hodges would easily have graced this hallowed venues.

You could see that he head leaned at the feet of people such as Jerry Lee Lewis but he was definitely his own artist.

At the end, of the evening, they got a suitcase out and sold CDs from the front of the stage.

It was a great night and so, with the news of the passing of Chas Hodges, we would just like to say thank you to Chas Hodges for entertaining so many people.