Grays: Man left with serious injuries after being stabbed on Thames Road

ESSEX Police are appealing for information about a stabbing in Thames Road, Grays, at around 4.10pm yesterday, Tuesday, October 16. 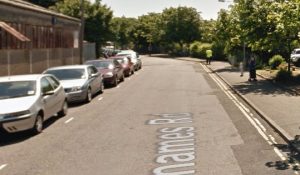 A spokesperson said: “We received reports that a man was approached by a group of up to eight people who demanded his phone.

They then stabbed the man under the right arm pit and left the scene.

The 22-year-old man was taken to hospital for his injuries, which have been described as serious but not life threatening.

Anyone with information and dash cam and CCTV footage is asked to call Grays CID on 101 quoting crime reference 42/140736/18.

3 Responses to "Grays: Man left with serious injuries after being stabbed on Thames Road"