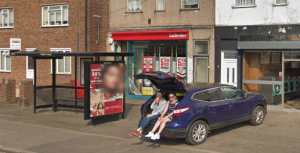 ESSEX Police has arrested a man on suspicion of robbery following an incident in Grays last month.

A spokesperson said: “We arrested a 34-year-old man at around 12.15am today, Wednesday, November 14, after executing a warrant at an address in North Road, Westcliff.

“The man remains in custody for questioning.

“We were called at around 3.35pm on Sunday, October 21, with reports that a man entered Ladbrokes, in Kingston Parade, armed with a handgun.

“The man demanded money before leaving in a car with a three-figure sum of cash. No one was injured during the incident”.