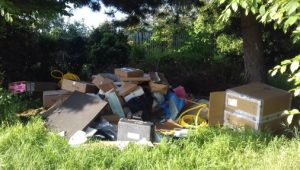 The council’s CCTV footage is currently only shared with Essex Police to help identify and catch wrongdoers, but this will now be opened up so that footage is also shared with the public though local media and the internet.

It is part of the council’s new public identification policy aimed not just at catching offenders but also encouraging more people to report crimes.

Speaking at a cabinet meeting, the leader of the council, Councillor Rob Gledhill, said: “We currently share intelligence obtained by our CCTV cameras with Essex Police and it has helped them prosecute gangs and drug dealers and obtain an injunction which severely curtailed the activities of a criminal gang in the Grays area.

“We now want to open this up to ask members of the public and other partners to help us identify those whose criminal or anti-social behaviour blights our borough. We will use this footage and still images to identify those who cannot be traced by other means.

“It will send a strong message that both the council and the community of Thurrock will not tolerate this kind of behaviour and will do everything in our power to make sure anyone carrying out acts of anti-social behaviour or environmental crime in Thurrock are found and brought to justice.”

Under the new policy, the release of CCTV images will be considered on a case-by-case basis and will only apply to people considered to be over the age of 18, and where there is enough evidence to prosecute or issue a civil penalty notice against the offender.

Members of the public will be able to identify suspects anonymously through a phone number or e-mail address given out when the images are published.

The council currently has a network of 600 CCTV cameras operating across the borough and footage caught by the cameras can be used as evidence in court.

Other councils to have implemented similar policies include Barking and Dagenham, Newham and Waltham Forest. Thurrock council claims in a report that these authorities have “found it improves how they work with other departments, investigating and tackling crime in an efficient and effective manner”.