WE thought we would take a tricky one to start off with.

The incumbent, Lynn Carr is one of those (in our opinion) unsung heroes in local democracy that goes about her business of helping her residents on issues such as mould, fly-tipping, lorries in South Road to name just a few. Lynn doesn’t say an awful lot in council meetings but attends as well as attends committees as well. It is clear that the Ockendon public (and the Belhus ones as well) have come to rely on Lynn and place great faith in her.

Labour haven’t really had a decent councillor since Barrie Lawrence. The debacle of cllr Aaron Kiely has been documented both locally and nationally. Will it impact on the election here? Probably not. It has been a shame for Barrie who felt that all his years of hard work were put at risk by the absentee councillor.

The Labour candidate, Terry Brookes, looks like the type of candidate that could restore a bit of pride for Labour in Ockendon. As you can see from our interview, he has been plugging away in the ward, in an under the radar campaign, that is focussing on the “cost of living crisis”.

UKIP have one of their loyal foot soldiers in Jan Baker standing. It could be the case that they will take votes off both candidates this time. UKIP only polled 300 votes in 2012. They may well double that but we doubt that they will get more than 900 votes. In 2011 and 2012, the winning candidate has polled over 900.

A full list of candidates can be found here 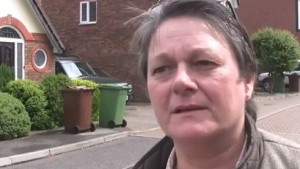 12 Responses to "Ward by Ward: Ockendon"